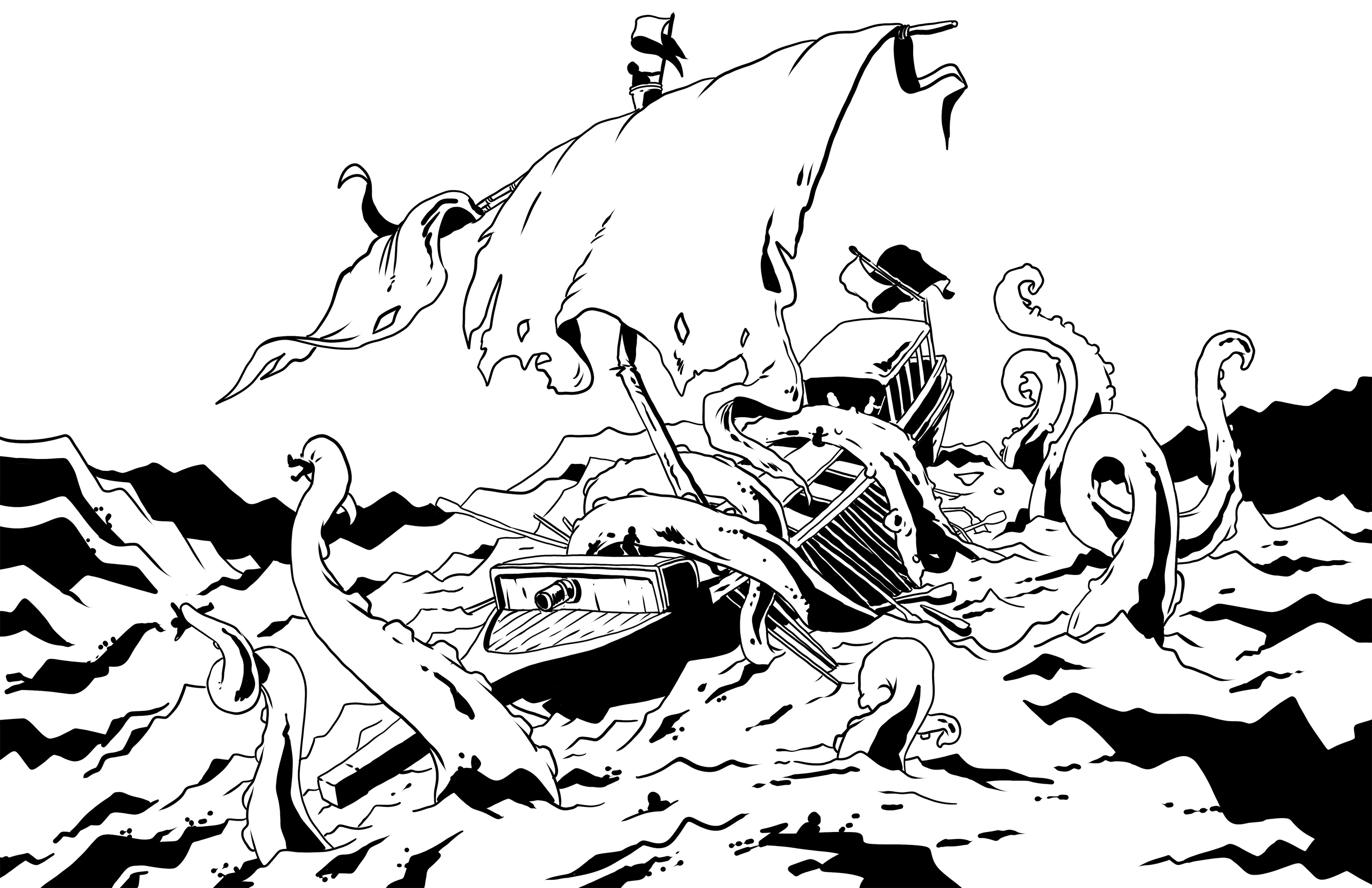 I could not write an article about sea monsters without including the kraken. In my mind, a battle with a kraken must include tentacles grabbing the PCs, pulling them off their ship, and then shoving them in the kraken’s mouth so it can swallow them whole. Thus the kraken makes use of two conditions: Grabbed and Swallowed.

6 Dice Per PC Boss Monster
Special: The Kraken begins with a number of tentacles equal to the number of PCs. Each tentacle is a 1-die creature that deals 1 Toughness or Agility damage, and whenever the tentacle deals damage, the target is Grabbed until the tentacle is destroyed.
Attacks
5 Regenerate Tentacles: Regains 3 tentacles (see special above) to a maximum equal to the number of PCs.
4 Swallow Whole: 2 Toughness to one target Grabbed by a tentacle and the target is Swallowed (3-dice condition) but is no longer Grabbed. Until the Swallowed condition is defeated, the condition deals the target 3 Toughness each turn, the target can attack only the kraken, and the kraken resists all the PC’s attacks.
2 Tentacle Crush: 3 Toughness to two creatures already Grabbed by tentacles.
0 Bite: 3 Toughness or Agility damage to one enemy.