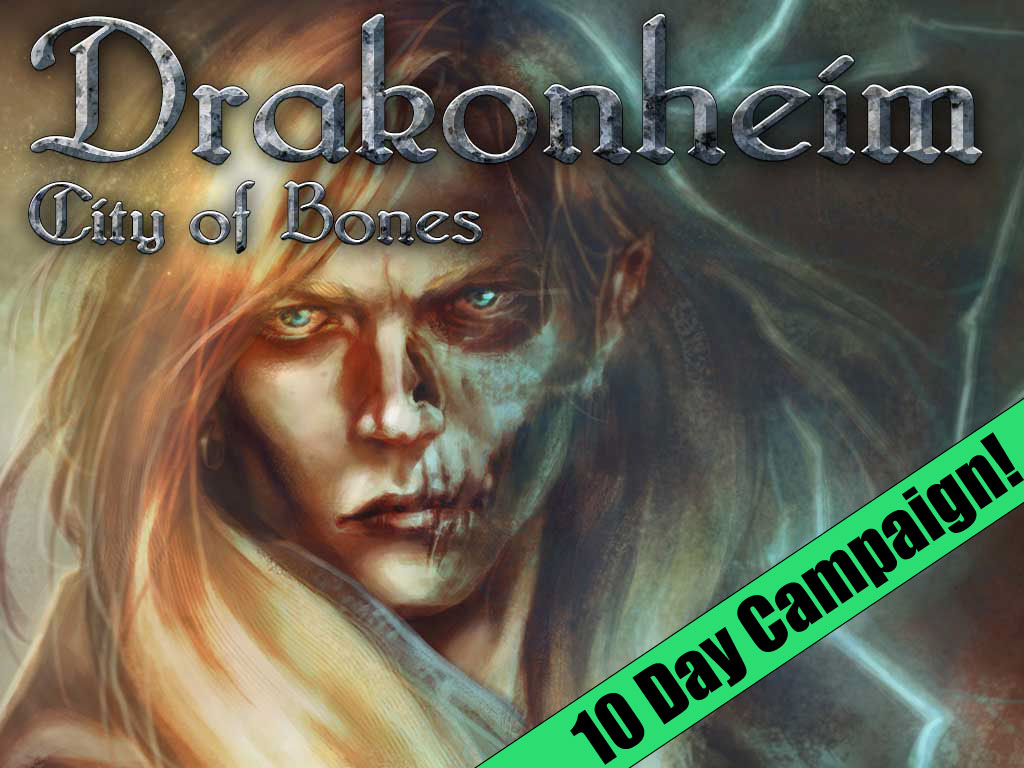 Why are we nicknamed the City of Bones?

People first started calling us that when the city’s founder killed the dragon Ignomia and used her bones to build the walls of Drakonheim. It took on new meaning after the Empire fell. The marble palaces became skeletal remains of a dead civilization. Now there is a third reason. The bones of the dead walk the street. Skeletons and zombies. Why don’t we fear them? We do, of course. But what choice do we have?

Drakonheim is a fantasy city full of intrigue and surrounded by dangers. Goblins dwell in the sewers, undead walk the streets, and aristocrats scheme for greater power. Hobgoblins ride across the northern planes, lizardfolk rule the southern swamps, and all manner of monsters hunt in the western mountains.

The Drakonheim: City of Bones book a system free setting, you can use it with any fantasy roleplaying game. It can serve as a quick stopping point, or as the center of an entire campaign.

Starting on July 7th, Sneak Attack Press will give Drakonheim: City of Bones a swift kick, with a Kickstarter campaign that lasts just 10 days. To make sure you don’t miss it, you can sign up for our email alerts.

To learn more about Drakonheim, check out any of our free previews:

The Gray Society: A cabal of necromancers who have recently come out of the shadows and now operate openly in the city.

Knights of the Eclipse: A clandestine order dedicated to destroying undead.

Little Grendus: The dwarven section of the city, it is home to the ancestors of the now ruined kingdom of Grendus.

Hobgoblin Lands: Territory to the north of Drakonheim controlled by hobgoblin war clans.